Through a Techno-Mirror Darkly: Created Co-Creators, AI and Consciousness Uploading 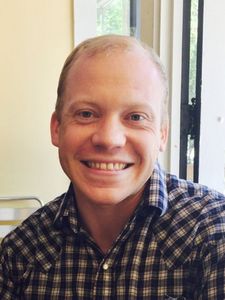 In Technology and Human Becoming, Philip Hefner posits the idea of the “techno-mirror,” a reflection of human understanding of human nature through the technologies we create. Artificial Intelligence research, from its earliest days in the work of Alan Turing, has reflected this more appropriately than perhaps any other technology. The goal of “Good Old Fashion AI” researchers like Marvin Minsky was to create a machine that thinks the way human beings do. Today, this legacy animates AI researchers and transhumanist entrepreneurs hoping to transcribe their brain patterns into computer substrates and thereby escape biological mortality. Tied into this vision, which might be called a “sociotechnical imaginary” following research done by Science, Technology and Society studies scholars Sheila Jasanoff and Sanghyun Kim, is a philosophical understanding of what it means to be human, sometimes called “patternism.” While ideas of what it means to be human have changed, even within religious traditions, consciousness uploading threatens to use brute force to define the human as brain patterns through technological wizardry. A techno-scientifically rigorous, yet epistemologically humble, theological anthropology must be articulated to combat this. Pierre Teilhard de Chardin, with his scientific-mysticism, offers one such possibility of humanity as “created co-creators”—evolved creatures who create in imitation of God, but who ultimately are called to cooperate with God.

Levi Checketts is an adjunct professor of Philosophy and Religious Studies at Holy Names University and an adjunct assistant professor of Organizations and Responsible Business at St Mary's College of California. He is the 2018 Charles H. Townes Fellow at the Center for Theology and the Natural Sciences, and was the recipient of an award for excellent graduate paper at the 2017 Society for Philosophy and Technology conference in Darmstadt, Germany. He has published in Theology and Science, Religions and other peer-reviewed journals. He is currently also involved in a project collating writings for the International Jacques Ellul Society and is spearheading a religion and science ministry program with the United Methodist Church in Cupertino.