The Russell Family Research Fellowship in Religion and Science

The annual Russell Family Research Fellowship in Religion and Science brings internationally distinguished scholars in religion and science to the GTU.

Since 1981, Russell Fellows have been in residence at CTNS/GTU every year to conduct research, teach doctoral and seminary courses and present public lectures at the GTU and at other San Francisco Bay Area locations.

PLEASE NOTE: These events have now been rescheduled for September 22-25, 2021. 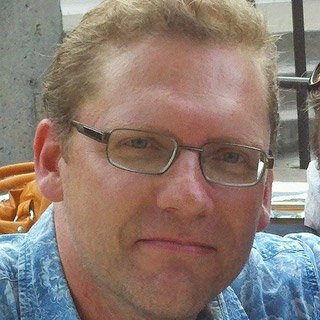 Dr. Kirk Wegter-McNelly, Dona and Marshall Robinson Assistant Professor of Science, Philosophy and Religion at Union College, in Schenectady, New York, is a theologian whose work focuses primarily on the implications of contemporary physics for our understanding of humanity, the cosmos and God. He is the author of The Entangled God: Divine Relationality and Quantum Physics (Routledge, 2011) and co-editor of two volumes: Quantum Mechanics: Scientific Perspectives on Divine Action (VO/CTNS, 2002) and Science and the Spiritual Quest: New Essays by Leading Scientists (Routledge, 2002).

A Strigilated Universe: The Cosmogonic Significance of Primordial Gravitation Radiation

In 2015, for the first time ever, scientists announced the detection of gravitational waves spun out into the universe by the merger of two black holes. Numerous detection events have since been recorded, and upgrades continue to increase experimental sensitivity. There is one important class of gravitational waves, however, that still eludes scientists: the so-called primordial gravitational waves likely to have been produced in the earliest moments of our universe. Observation of these waves—the gravitational equivalent of the cosmic microwave background, though significantly older—could reveal much about the origin of the visible universe. In this presentation I review these developments and discuss their implications for our understanding of how the visible universe began. I also discuss a related tension in the construction of theories of the early universe that sheds light on the challenge of doing physics on “the whole.”

This event is free and open to the public. Registration required.

Engaging Hypotheticals: Groundwork for the Study of Theology in a Secular Academic Context

The study of religion in the secular academy is dominated by the “religious studies” approach, which situates theological ideas within their social context and privileges the cornucopic variety of lived religion over more systematized expressions of religious thought. On the other hand, in religious academic contexts the sociological and psychological dimensions of religion often take a back seat to theological explication of scripture and tradition. One possibility elided by this dichotomy is the study of theological ideas and traditions from a secular perspective. In this paper I explore the potential fruits of treating theological claims not from a confessional perspective as products of “faith seeking understanding” but from a secular perspective as hypotheses to be investigated alongside those of science. My analysis hinges on the notion that hypotheses worthy of our consideration are not always testable hypotheses.

This event is free and open to the public. Registration required.

Adam Pryor — 2019-2020
Living Into our Shared Humanity: Exploring the Religious Significance of Astrobiology

Joshua M. Moritz — 2018-2019
What has Science to do with Youth Ministry?: Why Theological Engagement with the Natural Sciences is Vital for Effective and Impactful Youth Ministry

Noreen Herzfeld — 2014-2015
More than Information: A Christian Critique of a New Dualism

Alex Filippenko — 2013-2014
Life in the Universe, Scientific and Religious Perspectives

Niels Henrik Gregersen — 2012-2013
God, Information and the Sciences of Complexity

Niels Henrik Gregersen — 2003-2004
Complexity Studies and Theories of Emergence: What Does It All Mean for Religion?
The Complexification of Nature: Supplementing the Neo-Darwinian Paradigm

Archbishop Joseph Zycinski — 2001-2002
Beyond Necessity and Design: God's Immanence in the Process of Evolution

Nancey Murphy — 1998-1999
Neuroscience, Mental Causation, and Freedom of the Will

George F.R. Ellis — 1994
What Does Scientific Cosmology Tell Us About God

Mary Gerhart & Allan M. Russell — 1993
Metaphoric Process as the Reformation of Worlds of Meaning in Theology and Natural Sciences

Robert W. Jensen — 1990
Does God Have Time? The Doctrine of the Trinity and the Concept of Time in Physical Sciences

John Polkinghorne — 1990
The Church and the Environmental Crisis: Which Way Are We Heading?
God's Interaction with the World: Research Proposals by John Polkinghorne
The Challenge of Physics to World Religions

William R. Stoeger, S.J. — 1987-1988
Cosmology and What It Tells Us About Physical Reality Philosophical and Theological Implications of Contemporary Cosmology-the Philosophy and Theology of Creation

Wolfhart Pannenberg — 1985-1986
The Doctrine of Creation and Modern Science

"Science and religion, religion and science, put it as it may, they are the two sides of the same glass, through which we see darkly until these two focus together, reveal the truth.