Cosmology from Alpha to Omega: The Creative Mutual Interaction of Theology and Science 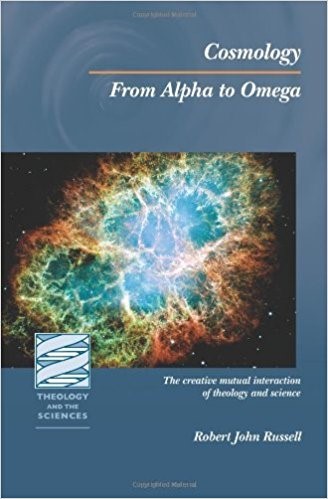 Ian Barbour, in the book's Foreword says that Russell's "contributions to the dialogue between science and religion… are extraordinary and enduring.” Dr. Russell is so versed in contemporary science as to offer original insights with credibility for both fields. Among Dr. Russell's many important publications are six influential volumes that he edited for the joint Vatican Observatory series on scientific and theological perspectives on divine action.

Russell takes theology and science beyond mere dialogue into genuinely new relations: "creative mutual interaction” in these chapters. The theological topics range from God, creation, suffering in nature, and the theological significance of life in the universe to an eschatology involving the transformation of the universe into the new creation based on the bodily Resurrection of Jesus. Scientific topics include the Big Bang, inflation and quantum cosmologies, relativity, quantum mechanics, molecular and evolutionary biology, exobiology, and the modern mathematics of infinity.

FortressAmazon
Go Back to CTNS Books