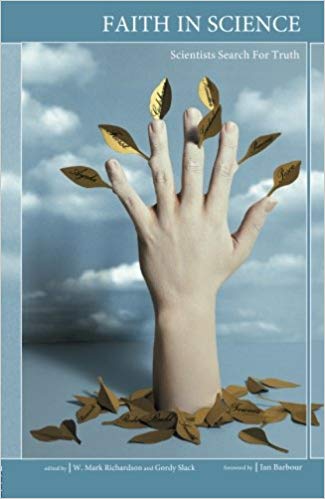 Science vs religion-the two have traditionally been seen as having an adversarial relationship, from before Galileo to this day. Faith in Science demonstrates how misleading this portrayal is, by allowing those who know best—scientists—speak for themselves.

W. Mark Richardson and Gordy Slack, philosopher and science writer respectively, conducted interviews with twelve of the world's top scientists on subjects ranging from the existence and nature of God to the role of religion and spirituality in modern scientific work. What's revealed is a broad diversity of perspectives on the relationship between science and religion. The approaches are as surprising as they are varied, but all defy the stereotypes embedded in so much of the popular science versus religion debates.

The chapters open with brief profiles of the scientist interviewed. Conversations explore such issues as the comparative natures of scientific and religious truth; changing conceptions of God in a world whose materiality is increasingly emphasized; the implications for religion of new discoveries in physics and astronomy; and the limits of both science and religion. This complex mosaic of unguarded accounts demonstrates how two of the major cultural forces in modern life, so often portrayed as conflicting, can coexist.

The volume includes interviews with the following scientists: