Fifty Years in Science and Religion: Ian G. Barbour and his Legacy 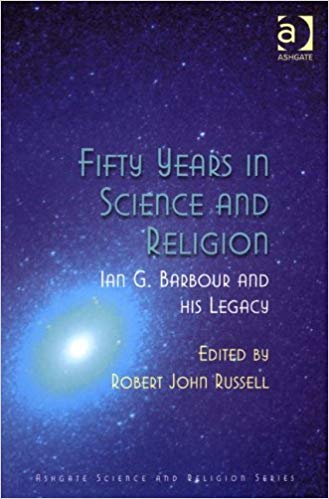 Ian G. Barbour is the internationally acknowledged pioneer in the field of 'science and religion'. His voluminous contributions over the past fifty years have carved out a trusted pathway to constructive dialogue and creative mutual interaction between science and religion.

Fifty Years in Science and Religion brings together nineteen leading scholars in the field to offer an appreciative yet critical assessment of the impact of Barbour's work on science and religion and to point ahead towards future critical areas, goals and tasks that await new research and visionary exploration. This book includes a unique autobiography by Barbour in which he shares and reflects on his life and work. The authors demonstrate how Barbour's writings and the hundreds of scholars who have now become part of the field have changed the course of intellectual history in the West by making possible a truly constructive engagement between science and religion.

A. God and Nature:
Barbour's Panentheistic Metaphysic by Philip Clayton

B. Physics and Cosmology:
What is 'the Universe' which Cosmology Studies? by William R. Stoeger, S. J.

DNA, Darwin, and Doxology: A Contemporary Conversation Between Biology and Faith by Martinez J. Hewlett

Ethics, Technology, and the Environment by Judith N. Scoville

A. Process Theology:
God and Physics in the Thought of Ian Barbour by John B. Cobb, Jr.

Barbour in Process: Contributions to Process Theology by Ernest Simmons

B. Roman Catholic Theology:
Catholicism and Ian Barbour on Theology and Science by Anne M. Clifford

C. Buddhist Theology:
A reflection on Buddhist-Christian Dialogue with the Natural Sciences by Paul O. Ingram

Barbour, Buddhism, Bohm, and Beyond by Jensine Andresen