God, Life, and the Cosmos: Christian and Islamic Perspectives 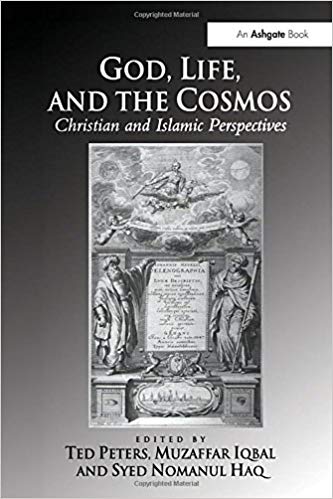 Following an introduction by the editors, the book is divided into three sections: the first explores the philosophical issues in science-religion discourse; the second examines cosmology; the third analyses the issues surrounding bioethics. One of the first books to explore aspects of science-religion discourse from the perspective of two religious traditions, God, Life, and the Cosmos opens up new vistas to all interested in science and religion, and those exploring contemporary issues in Christianity and Islam.

Islam and Modern Science: Questions at the Interface, Muzaffar Iqbal

Three Views of Science in the Islamic World, Ibrahim Kalin

Science and Faith: From Warfare to Consonance, Ted Peters

Christian Perspectives on Religion and Science and their Significance for Modern Muslim Thought, Mustansir Mir

Moments in the Islamic Recasting of the Greek Legacy: Exploring the Question of Science and Theism, S. Nomanul Haq

Metaphysics and Mathematics in Classical Islamic Culture: Avicenna and his Successors, Roshdi Rashed

Creation in the Islamic Outlook and in Modern Cosmology, Mehdi Golshani

The Impossible Possibility: Divine Causes in the World of Nature, Philip Clayton

Christian Theism and the Idea of an Oscillating Universe, Mark Worthing

Life, Consciousness, and Genetics: The Contributions and Limitations of Christian Perspectives to Understanding the Religious Implications of the Genetics Revolution, Audrey R. Chapman

Interface of Science and Jurisprudence: Dissonant Gazes at the Body in Modern Muslim Ethics, Ebrahim Moosa

AmazonRoutledge
Go Back to CTNS Books