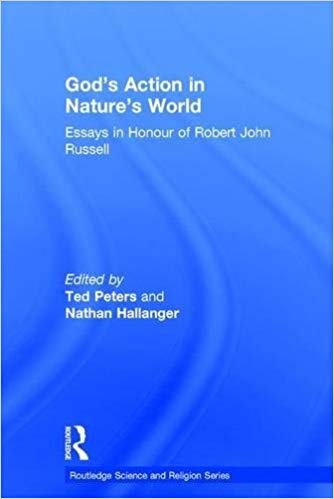 In 1981 Robert John Russell founded what would become the leading center of research at the interface of science and religion, the Center for Theology and the Natural Sciences. Throughout its twenty-five year history, CTNS under Russell's leadership has continued to guide and further the dialogue between science and theology. Russell has been an articulate spokesperson in calling for "creative mutual interaction" between the two fields.

God's Action in Nature's World brings together sixteen internationally-recognized scholars to assess Robert Russell's impact on the discipline of science and religion. Focusing on three areas of Russell's work - methodology, cosmology, and divine action in quantum physics - this book celebrates Robert John Russell's contribution to the interdisciplinary engagement between the natural sciences and theology.

Part I: Creative Mutual Interaction Between Science and Theology

The Sciences and the Religions: Some Preliminary East Asian Reflections on Christian Theology of Nature, Heup Young Kim

Atoms May be Small, but They're Everywhere: Robert Russell's Theological Engagement with the Quantum Revolution, Kirk Wegter-McNelly

How Many Universes?, Paul Davies

Bodies Matter: A New Fad and a Fallacy in the Name of Science, Noreen Herzfeld