Physics, Philosophy, and Theology: A Quest for Common Understanding 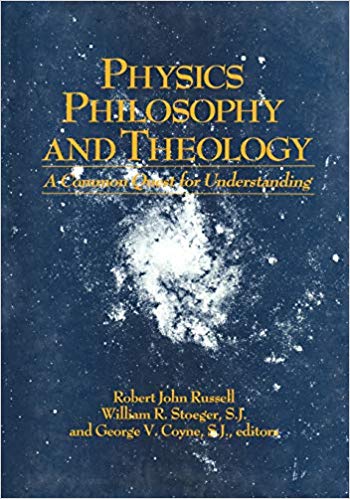 The contents of Physics, Philosophy, and Theology are wide-ranging but unified. The first part treats historical and contemporary relations in science and religion, biblical theology on creation, Newton’s thought and the roots of modern atheism, the search for a natural theology, and the possible ways in which science and theology confront one another. In the second section the ways of knowing peculiar to the various disciplines and the implications for philosophical realism are investigated. In the last section a very creative and imaginative approach is taken to some of the most prominent areas of contemporary physics and cosmology in exploring whether they are open to revealing to us something of the reality of God and the relationship of God to the Universe and to us as we search for meaning within that Universe.

Historical and Contemporary Relations in Science and Religion

The Newtonian Settlement and the Origins of Atheism, M.J. Buckley, S.J.

Christian Belief and the Fascination of Science, O. Pedersen

Knowledge and Experience in Science and Religion: Can We Be Realists?, J. Soskice

Observation, Revelation, and the Posterity of Noah, N. Lash

Contemporary Physics and Cosmology in Philosophical and Theological Perspective

Contemporary Cosmology and Its Implications for the Science-Religion Dialogue, W.R. Stoeger, S.J.

Models of God for an Ecological, Evolutionary Era: God as Mother of the Universe, S. McFague

On Creating the Cosmos, T. Peters

How to Draw Conclusions from a Fine-Tuned Universe, J. Leslie

The Omega Point Theory: A Model of an Evolving God, F.J. Tipler

Creation of the Universe as a Quant, [C6] C.J. Isham

University of Notre Dame PressAmazon
Go Back to CTNS Books