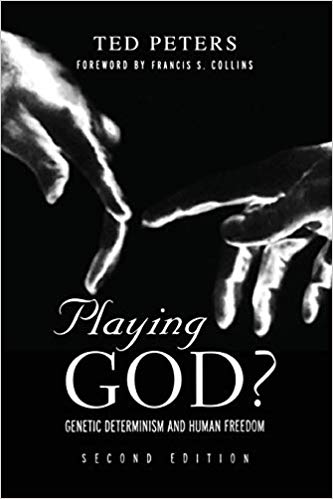 Since the original publication of Playing God? in 1996, three developments in genetic technology have moved to the center of the public conversation about the ethics of human bioengineering. Cloning, the completion of the human genome project, and, most recently, the controversy over stem cell research have all sparked lively debates among religious thinkers and the makers of public policy. In this updated edition, Ted Peters illuminates the key issues in these debates and continues to make deft connections between our questions about God and our efforts to manage technological innovations with wisdom.

3. The Crime Gene, Stigma, and Original Sin
4. The So-Called "Gay Gene" and Scientized Morality
5. Should We Patent God's Creation?
6. The Question of Germline Intervention
7. The Cloning Controversy
8. The Stem Cell Controversy
9. A Theology of Freedom

Appendix A: CTNS Statement On The Gay Gene Discovery
Appendix B: Playing God with David Heyd