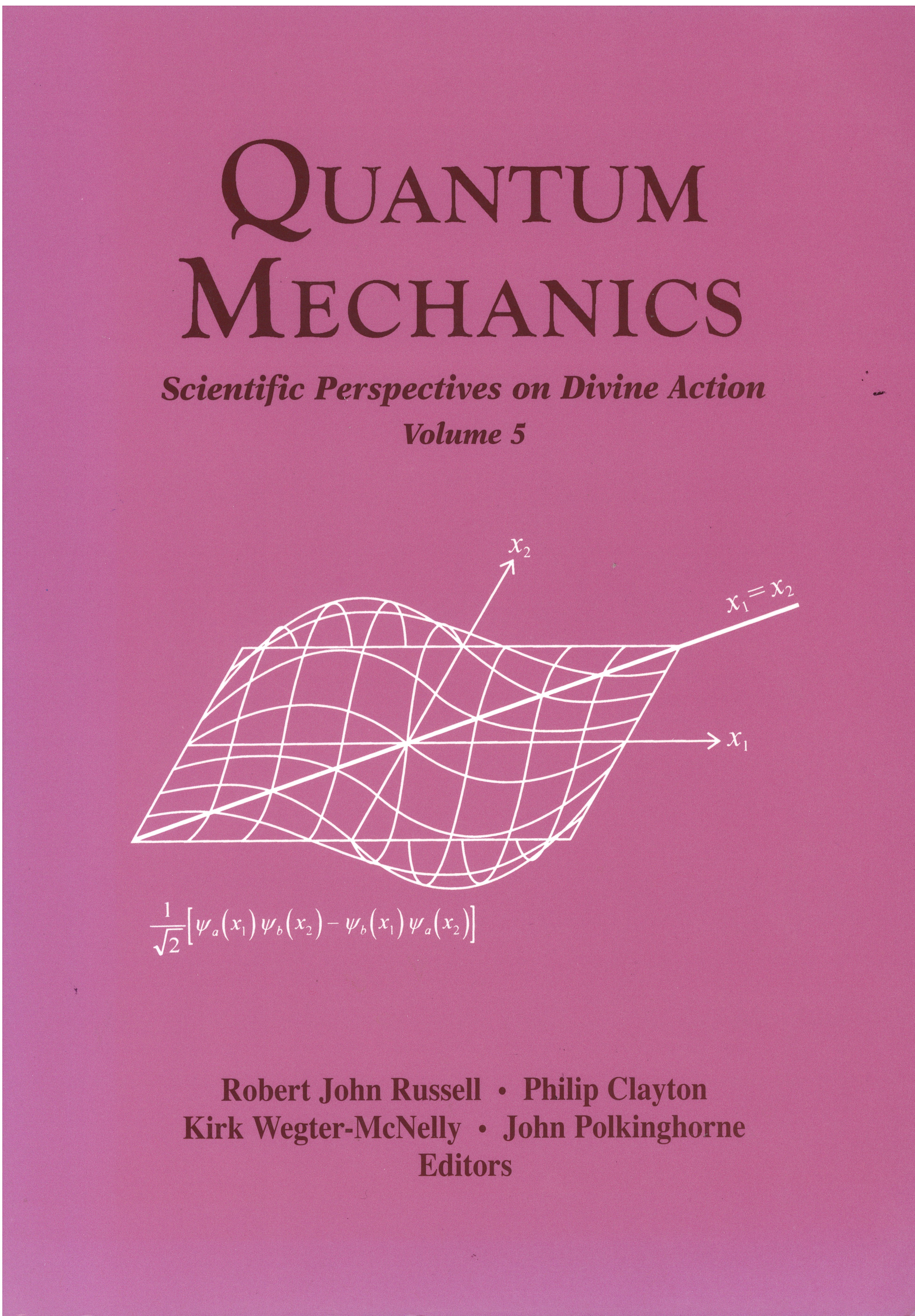 This collection of fifteen essays explores the creative interaction among quantum physics, philosophy, and theology. This fine collection presents the results of the fifth international research conference co-sponsored by the Vatican Observatory, Rome, and the Center for Theology and the Natural Sciences, Berkeley. The overarching goal of these conferences is to support the engagement of constructive theology with the natural sciences and to investigate the philosophical and theological elements in ongoing theoretical research in the natural sciences. In the first section of this collection, contributors examine scientific and historical context. Section two features essays covering a wide range of philosophical interpretations of quantum mechanics. The final set of essays explores the theological implications of quantum theory.

Berry, Michael. “Chaos and the Semiclassical Limit of Quantum Mechanics (Is the Moon There When Somebody Looks?)"

Clarke, Chris. “The Histories Interpretation of Quantum Theory and the Problem of Human/Divine Action."

Clayton, Philip. “Tracing the Lines: Constraint and Freedom In the Movement from Quantum Physics to Theology."

Redhead, Michael. “The Tangled Story of Nonlocality in Quantum Mechanics."

Shimony, Abner. “The Reality of the Quantum World."