Science and Religion: Beyond Warfare and Toward Understanding 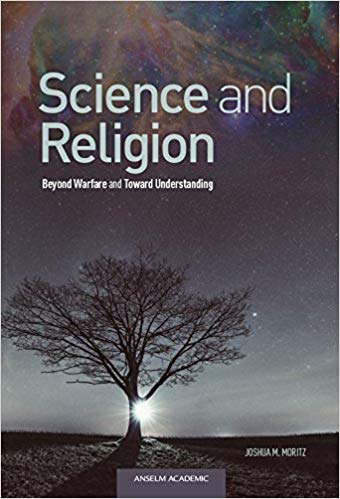 Many believe that conflict defines the relationship between science and religion, especially the Christian religion. But the war between faith and science is a myth--a very popular myth--that has endured for too long.

Joshua M. Moritz is a lecturer in philosophical theology and natural science at the Graduate Theological Union in Berkeley and an adjunct professor of philosophy at the University of San Francisco.

Chapter 1: Science versus Religion: The War That Never Was

Chapter 2: The Role of Faith in the History of Science

Chapter 3: The Boundaries and Limits of Science and Faith

Chapter 4: Where the Conflict Really Lies: Science and Faith without Limits

Chapter 5: Creation and the Cosmos

Chapter 6: The Forming of Life: From Cosmic Dust to Consciousness

Chapter 7: From Consciousness to New Creation: The Nature and Destiny of Humanity

Chapter 8: Miracles and the Laws of Nature

Chapter 9: God, the Problem of Suffering, and the Natural Sciences

Chapter 10: The End of All Things and the New Beginning