Theological and Scientific Commentary on Darwin's Origin of Species 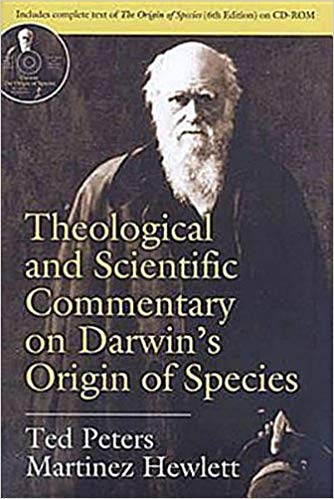 By Ted Peters and Martinez Hewlett

2009 marks the 150th anniversary of the first edition of Charles Darwin's The Origin of Species by Natural Selection. Upon the publication of the first edition of Charles Darwin's work, science woke up to startling possibilities and religion woke up to a frightening challenge to its very existence. Because of Darwin's book, petulant scientists rewrote history to depict an ongoing "warfare" between science and religion, representing themselves as the victors. Religious leaders fought and continue to fight back.

Within the world of scientific research, Darwin's theory of evolution did win. Although itself modified and adapted, evolution's basic principles of natural selection and variation in inheritance remain firmly in place. However, the implications for religious belief are still being sorted. Beginning in the late 19th century, a vigorous brand of atheism has used Darwin's model as ammunition in its attack of religious faith. Theologians and church leaders have had to clear away the debris of Social Darwinism, Eugenics, and Atheistic Materialism. Yet, the question remains, does Darwin's theory undermine religion? In order to get at a precise assessment, we need to distinguish the essential science of Darwin from ideological overlays.

Dr. Hewlett will review the scientific milieu in which Darwin wrote, the scientific acceptance of the work and its continued importance and fruitfulness. He will also address the philosophical implications of the theory that continue to reverberate.

Dr. Peters will give an overview of the conflict between the various interpreters of Darwin that culminates in today's versions of Creationism, Intelligent Design, Theistic Evolution, Social Darwinism, Eugenics, and Atheistic Materialism. He will also highlight theological implications of Darwin's text.

The CD-ROM will contain the complete text of the 6th edition of Charles Darwin's The Origin of Species by Natural Selection.